Why I’m Rethinking Asking God to Use Me

We came to Kenya in January 2015. After four months of language school, we arrived at Tenwek in time for a mass exodus of families. To put this in perspective, the Tenwek expatriate community went from over 40 kids to 3 within two weeks of our arrival. For some, it was leaving the field for furlough. For others, it was a permanent departure. Nevertheless, we arrived when many were leaving, and they left jobs that needed to be picked up. We were new to the mission field and eager to begin serving after years of preparation.

Because of the paucity of people available, upon our arrival, Bob was asked to take over leading one of the training programs at Tenwek. We were told that: (1) There was no one else available to take on this particular role that needed to be filled, (2) Bob was the obvious choice to do it (largely due to point 1), and (3) There were less than two days to turn things over to Bob before the person running the program was leaving.

Bob didn’t feel prepared, didn’t necessarily want to take on the role, and felt a bit overwhelmed by the idea of leading a training program as a brand-new missionary. Yet, he was available to fill the role.

And God brought us to Tenwek to use us, right?

At the time, we didn’t think too much of the situation. After all, it was an anomaly. Surely, missions isn’t always like this…

Over these past six years, we have observed that, unfortunately, our experience was not an anomaly. We’ve seen similar situations time and time again, for ourselves and others. New missionaries on the field, those returning after leave, expatriates, and Kenyans.

There is always too much to do in missions and never enough people to do it all. So, when our primary goal is to get it all done, our focus becomes how we and others can accomplish the work. This often and unfortunately means preferencing the programs that we want to see succeed and the good things that we want to see achieved over the people with whom we serve, live, and work. This approach has increasingly grieved us as we’ve seen the damage done to those we care deeply about. And if I’m honest, this was one of the reasons we were feeling quite burned out last September.

In our time at Alongside, we learned to think about identity or how we think about who we are as people like a three-legged stool. 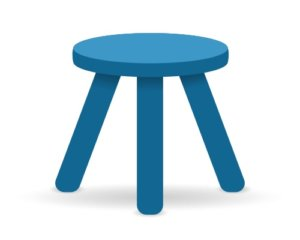 The three legs of that stool are:

·       Value – who we are as children of God and as God’s image-bearers. This is inherent, immutable, and universal.

·       Significance – what we do. This includes our jobs, roles, hobbies, and the positions we hold.

·       Community – where and with whom we belong. This is our group, our tribe, those who know us, accept us, and give us our sense of inclusion.

For all of us, one or two of these tend to be stronger but a healthy identity requires some balance of the three. 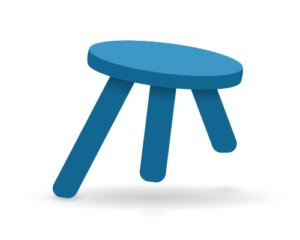 Bob and I realized through our time of processing at Alongside how much our identity is derived from our significance and what we do. Who are we? We’re surgeons, missionaries, parents, and educators. I’m a wife. He’s a husband. I’m the Assistant Program Director of the surgical residency. He is the Director of Research for Tenwek. My work is important to me and my identity is tied to doing it well. When my competency at any (or in some cases, many) of these roles is drawn into question, my sense of identity is rocked.

My idea of what it means to be a “good missionary” is often based on whether I or others perceive that I am doing enough and doing it well.

I don’t think we’re the only ones who form our identity from our significance. While I can’t say it’s uniquely American (I don’t have knowledge of enough cultures to make that claim), I do think that for many Americans, significance is the major component of identity. One only has to think about the typical questions asked in getting to know a new person. Right after the introduction comes the question, “What do you do?”

As American cross-cultural missionaries, we carry this cultural value with us. We not only derive our identity but define our success and, in some cases, justify our existence in missions based on what we do. How many patients do I treat? How many roles do I have? What am I doing? Am I busy enough? At times, we almost wear our jobs, our roles, and our busyness within those tasks like a badge of honor.

“In the beginning, God created man in His own image, and man has been trying to repay the favor ever since.” Voltaire

I’ve heard this quote in various forms, attributed to several authors and thinkers, but this is the oldest version I can find. It strikes me as profoundly accurate. Each of us has a conception or an image of God. While we like to think that our idea of God most closely reflects the reality of who God is and what God is like, our image is shaped by our experiences. Often, this is the behavior of or messages we receive from those we trust or who are authority figures for us. If my parents were perfectionists and had high expectations for my performance, I may see God as first and foremost holy, unyielding, and expecting my perfection. If I had a Sunday school teacher who taught me about God’s grace and forgiveness, I may come to see God as primarily loving. Sometimes, it is a cultural perspective that informs how I think about God. If my culture values a certain characteristic, I may come to see God as having that characteristic. The way we conceive of God informs how we imagine that God thinks of us. It also determines how we think about ourselves and how we relate to and lead others.

My American culture prioritizes significance and emphasizes an identity dependent on what I do. Because this is the case, it is easy to assume that God emphasizes the importance of significance in identity as much as I do. This has the potential to profoundly impact the way I view and treat myself. Do I reduce myself to the jobs I do, the roles I play, or my accomplishments? Or do I elevate my own identity based on those roles, jobs, and accomplishments? What happens if I apply that paradigm to others? Do I reduce others to their roles? Do I think of them more highly when they have more tasks? Or when they're accomplishing great things?

If we reduce ourselves and one another to purpose, utility, roles, responsibilities, jobs, callings, tasks, and accomplishments, it becomes dehumanizing. The complexity of identity should encompass who we are as image-bearers of God and our belonging in community. A unidimensional idea of identity drastically diminishes the value we assign to ourselves and others. I wonder if this doesn’t augment the godless grind, the unpleasant and unholy cycle of just enduring that results in burnout, rather than promoting Godly grit, a divine perseverance and passion that allows us to thrive long-term.

Why would I not ask God to use me?

I’ve begun to wonder if, in asking God to use me, what I’m doing is asking God to prop up my identity by increasing my significance. Over these years of missions, I have found myself feeling guilty if I think I am not doing enough or if I think that others will think I’m not doing enough. If I see a role going unfilled, I have tended to ask the question, “If I don’t do it, who will?” I fall into the patterns of comparison. If I’m not taking call every other day or leaving the hospital after dark when someone else is, am I really doing enough to earn my spot in missions? Unconsciously, I can turn that same attitude on others. Are my colleagues pulling their weight? If I see a role going unfilled, I may ask the question, “Why isn’t that person doing it?” Perhaps I conflate what I or others am desiring with what God is desiring.

Perhaps it reflects that I don’t trust God’s control if I constantly fill the gaps in my human effort regardless of the consequences.

This has caused me to reflect. What if I stopped asking God to use me? What if, instead, I asked God to prune me or to grow others with me in community? Would that strengthen the part of my identity that comes from community? Or what if I asked God to give me a deep, transformative knowledge that I am God’s masterpiece and that those I encounter daily are God’s works of art? Would that strengthen the worth and value part of my identity? Would it help me understand God in a more holistic way?

I have a deep desire to be a part of what God is doing in this world. I want to participate in kingdom work. But my identity desperately needs more balance. I don’t want to create God in my image of hyper-valuing tasks. I don’t want to reduce myself and others to jobs, roles, and duties. I don’t want to dehumanize or devalue others. I don’t want to prioritize programs over people. I want my ministry at Tenwek to be holistic and life-giving.

Posted by TenwekParkers at 4:38 AM

Please pray for the following:

1. Kenya is on lockdown again as COVID cases have increased. In-person schools have been canceled. Madison is on vacation for the month of April, but we're really hoping and praying that she, and the other Kenyan students, will be able to return to school in May.
2. We are so grateful (Bob and Andrea) to have gotten our first dose of the Oxford/AstraZeneca vaccine. Continue to pray for vaccine production and supply so that others have access to vaccination as well.
3. For Andrea, as she continues to work on curriculum development.
4. For continued wisdom in navigating how to live and work at Tenwek.
5. For our community and colleagues, many of whom are tired and worn out.

One thing I have long struggled with is the intersection of faith and science. As a scientifically-minded individual and a medical pract... 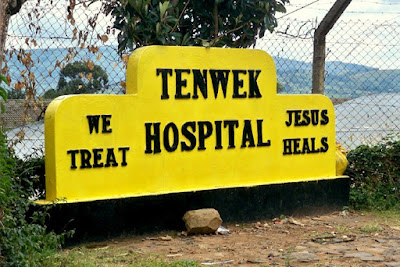 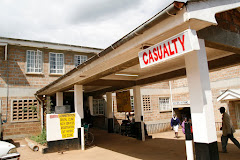